I love the few weeks after the 1st of January. I like to think of it as the “brand new year” period.

It's full of hope and optimism and what could be.

There will, however, come at time when you'll get frustrated. How things aren't going your way. Self doubt will start to creep in.

Maybe you have a savings goal and you're not saving as much as you want. Maybe you're working on a project and you thought you'd be further along. Maybe you see all the highlight reels on Facebook and wondering why your life doesn't measure up.

These thoughts get in your head and they get in the way of actual work. If you can keep your emotions in check, you can continue to do the work and make true progress.

Want to know a trick I use? I look back at the past.

I ask myself — Where was I ten years ago? Twenty years ago?

This trick works (for me) because daily, monthly, and yearly life is very bumpy. You win some, you lose some. We feel losses more painfully than gains, so it's easy to think we're falling behind.

Just thinking back and taking the long view to see overall progress is enough for me to get past any day to day frustration.

Let's see this in action… into the hot tub time machine!

I was 17. The age when you don't realize how lucky you are not to have any real responsibility but are so anxious to grow up.

I was the typical high school junior and had very little idea of what I'd be doing in the next five, ten or even twenty years. My guess was that it would involve computers since they were all the rage but I was expecting it'd be in an office job of some kind. Probably a hot startup or two.

Fast forward ten years, which is ten years from today, to the start of 2007.

I was 27. The age where you're no longer a young kid trying to figure things out but not yet old enough to really be an adult.

I'm 37. The age when you're finally feeling like an adult and trying to figure out how to not mess up your own kids!

No Bumps Along The Way?

What doesn't get said are the bumps along the way.

They are harder to remember over the span of 20 years (which is a good thing!) but here were some:

There were definitely more… but after 20 years they fade away despite how painful they may have felt at the time. I'm not going to lie, reading that list did bring up some feelings, especially the high school ones.

So to amend the original suggestion, when you do look back, don't try so hard trying to remember the low points. 🙂

Seth Godin talks about the idea of a local max. Life is a series of local mins and maxes. If you rest on your laurels (local max), you won't reach your potential. If you get stuck in a trough of sorrow (local min), you can spiral out of control. Looking back smooths out the bumps.

There's a saying I really enjoy about raising children – “the days are long but the years are short.” The day to day stuff is exhausting but you look back at these little people and you realize how much time as flown by. You have, in essence, looked back 5 or 10 years. You remember when they were babies that only ate, pooped, slept and cried. Now they ride bikes, play basketball and do math too.

Over a longer period of time, the progress looks unbelievable. In a single day, you hope they take their afternoon nap.

It's also important not to constrain yourself to just looking at your financial or career achievements. There are fitness related things that I can do now that I wasn't able to do ten years ago. If career-wise and dollar-wise it feels stagnant, look to see what else you've been working on outside of those two very focused areas. You may be surprised.

Where were you ten years ago? What were you doing? How have things changed since? 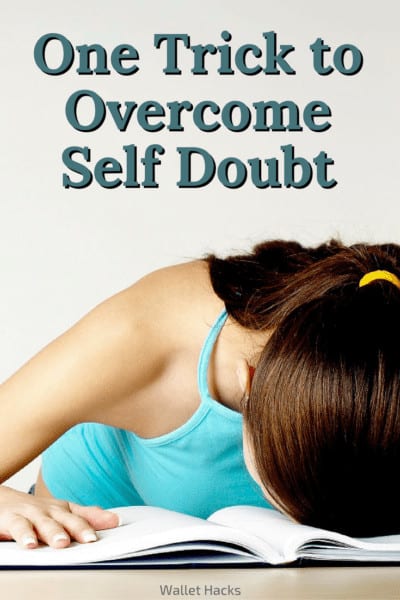 Are You Ready to Retire? Probably Not

Over the past five years, there's been an explosion of "early retirement" headlines, as everyone rushes to share the latest about that person or couple in their 30's who retired with a high net worth. But is the freedom of an early retirement all it's cracked up to be, and when the time comes, will you even be ready?

The Power of HIGH Expectations

This past week, I enjoyed reading my friend J.D. Roth’s article on the power of low expectations. In his post,…