What would it mean to you to earn an extra $100 each month?

What if I told you that not only is it possible, it's probable. It will just take a little bit of your spare time but you could easily put $100 in your pocket if you follow our suggestions.

You may not realize it but there's something you have that is very valuable to some companies. Sometimes you give it out for free but these companies will pay you for it.

A few years ago, I discovered that with a little bit of time each morning I could earn some extra money filling out a few surveys, answering a few poll questions, and cashing out the points for deposits to my Paypal account, checks, or gift cards.

The hard part was figuring out the scams (some were outright scams, some were a waste of time) from the real ones but since I did it, you don't have to.

Here are the most reputable survey sites out there and none of them will ask you to pay a penny ever. These sites pay you.

Survey Junkie is the survey arm of a marketing research company that was founded in California in 2013. They're a subsidiary of DISQO, which was a rename from Active Measure.

The parent company's name may have changed but Survey Junkie has continued to be all about surveys and they pay you cash to complete surveys. There aren't any videos to watch or offers to sign up for, it strictly only offers surveys and they email when they think you qualify for one.

Swagbucks has paid their members over $142 million (as of September 2016) for doing a lot of the things you're already doing on the Internet – including filling out surveys, answering polls, shopping, and playing videos.

Swagbucks, incorporated as Prodege LLC, has an A+ rating with the Better Business Bureau (their highest rating) and is an Accredited Business. They've been around since 2005, which is nearly as long as Facebook, which is an eternity in Internet years.

The best part is that they give you $5 in SwagBucks to start. (read our Swagbucks review)

InboxDollars is similar to Swagbucks, you can earn money for shopping online, watching videos, answering surveys, and even just clicking on links in emails (you don't have to sign up for anything, but you earn more if you do). The big difference is that it's just cash – no gift cards. They tell you how much you earn per task and then pay you that amount. It's that straightforward.

InboxDollars, incorporated as CotterWeb Enterprises, has an A+ rating with the Better Business Bureau (their highest rating) and is an Accredited Business. They've been around since 2012. For more, read our review of InboxDollars or sign up. 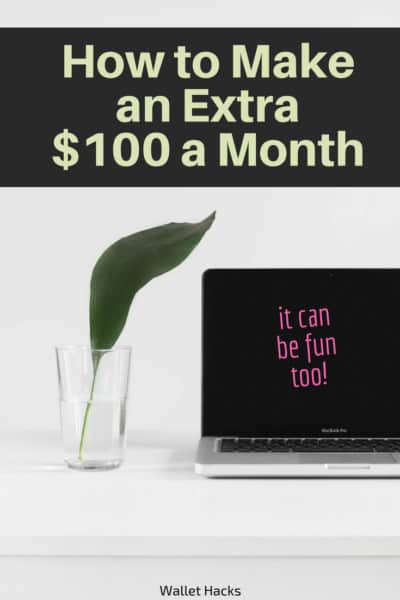 One of the oldest companies, Pinecone Research pays for surveys and pays out in gift cards. They are currently owned by the Nielsen company, which is the same company that does television and radio ratings, so they're practically a household name.

They open their membership for applicants very infrequently so if you try the link below and it doesn't work, wait to try again later. If it works, sign up immediately because we don't know when it'll close.

What Is a Side Hustle Stack and How Can it Help You?

If you’re a fan of side hustling, you'll be interested in the side hustle stack. A side hustle stack can change your income from good to great to bring on “early retirement!” In this article, I'll show you how to create the perfect side hustle stack, one that aligns with your specific financial goals and your desired lifestyle.

State Stimulus Checks 2022: Who’s Getting What, When, and How?

States have begin issuing state stimulus checks using budget surpluses and other relief programs. See if you are eligible (or if you've already received them) and how you may see it.

How to Write a Proper Resignation Letter (with template)

Do you need to write a resignation letter? Learn what you need to put it and what you shouldn't. It's very easy but also very important.

Does it ever seem as if earning big money is the impossible dream? It may be hard to believe, but there are lots of million-dollar jobs for regular people like you and me. Here's a list of careers where it's possible to earn $1 Million or more per year.