“I could get used to this.”

It's a phrase that is repeated no fewer than four times in this thirty second Lexus commercial.

(sadly, the commercial is gone from Youtube but you can see it here)

“Once you experience this level of luxury, there's no going back.” says the narrator.

He's right. There is no going back… and boy, it'll be expensive to stay there.

It's a well documented tendency known as hedonic adaptation.

People have a stable baseline level of happiness and regardless of what happens around you, you tend to settle back into that baseline. When you buy a new car, perhaps even a Lexus, you'll experience short term increases in happiness but eventually settle back to your baseline. 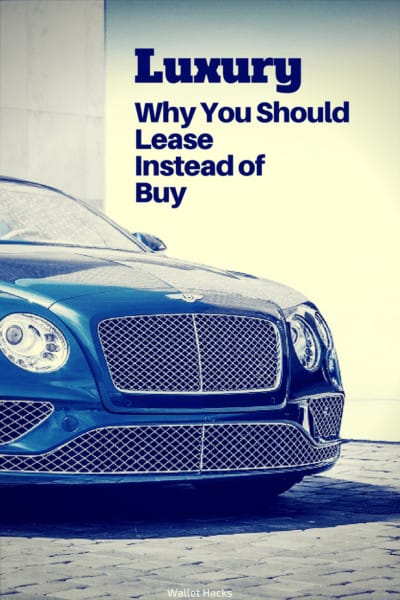 This might seem like a bad thing, until you realize the same thing happens for negative experiences as well. This adaptation, or desensitization, is a survival mechanism.

There's just one problem… once you buy that luxury car, you're still paying for it even after your happiness returns to the baseline. To get that happiness back, you need to increase the stakes. The special becomes routine and routine just isn't special, even though the new routine now costs way more than the old routine.

What's the solution? It's not to avoid luxury! — as many experts would say.

The answer is to avoid luxury that is out of reach. Avoid luxury that will tie your finances in knots for many years. If you can't afford to buy a Lexus, reaching (financially) and weighing yourself down with a loan isn't the answer. Your payments will continue long after the pleasurable experiences diminish.

(at its core, this is the Prime Directive of Personal Finance)

The key is to treat yourself but do so in a responsible way.

Perhaps you can't buy a Lexus but could lease one instead. Leasing is seen as a very expensive way to take possession of a car but why not lease an expensive car for two or three years to scratch that itch. When the glow has inevitably worn off, send it back for a more financially practical car. You may miss some of the nice features but you'll just as quickly adapt back to the new baseline… plus you'll have enjoyed driving the luxury vehicle you've always wanted.

Or, get a used Lexus from someone who scratched that itch and wants to move onto something more practical.

“I could get used to this” is a nice phrase… but it's best not to.